A Quick Glance At Investing In Wine Grapes

Few crops have had a greater impact on society than wine grapes. For millennia, wine has played a vital role in human history and the development of modern cultures.

Wine has been enjoyed by humankind for thousands of years, a result of its unique taste, nutritional properties, and for many, its intoxicating effects. Legends of the discovery of wine span ancient records, dating as early as 7,000 B.C., and regions as far apart as China, Iran, and Greece. In modern history, the trade of wine between cultures opened up channels for religious and philosophical ideas to spread across Europe.

Let’s take a closer look at the history of wine, the differences between the most popular wine grape varietals, the global demand for wine, and why you might want to consider adding a vineyard to your farmland portfolio.

When you think of grapes, you might think about the bunch you purchased at your local supermarket: red, dark purple, or green, with thin skin and thick pulp. These ellipsoid-shaped grapes are known as “table grapes,” and, unfortunately, you can not use these to make wine.

Wine grapes, on the other hand, are small and round, with thick skin and large seeds. Wine grapes’ seeds and skin are the unique characteristics that impart flavor to the wine, while their small size helps to concentrate this flavor. Wine grapes also have a higher sugar content than table grapes, used to create alcohol in the fermentation process.

Generally speaking, “Old World” wines are produced in Europe or the Middle East. These regions first exported wines, grapes, winemakers, and traditions into other countries, thus influencing the rest of the world.

The history of wine-making dates back at least 8,000 years, with the oldest evidence of wine consumption found in Tbilisi, Georgia. However, wine was produced throughout many regions in ancient times; art and archeology from ancient Egypt, Phoenicia, Greece, and Persia portray the beverage’s ceremonial, religious, and civic importance. The ancient Romans, who encouraged soldiers to drink 2–3 liters of wine a day for good health, are credited with turning viticulture, the cultivation of wine grapes, into the robust business it is today.

As mentioned above, the Roman Empire facilitated a boom in wine production. Wine became an integral part of the human diet, regardless of socioeconomic status, and winemaking technology expanded.

Eventually, wine became an essential component of the Roman Catholic Church and was used in mass, holidays, and other celebrations. Thus, the Catholic Church provided a stable market and source for wine-making research and best practices. As the Catholic Church’s influence grew throughout the Middle Ages and beyond, so did the process of making wine. Spanish priests are credited with bringing European grape varieties to the New World for use in the eucharist.

New world regions include North and South America, South Africa, Australia, New Zealand, and China. Today, most of the wine grapes in the United States are grown in California, Oregon, and Washington State.

Old World vs. New World Wine: From Tradition To Taste

The climate, terrain, and soil quality, as well as the production style in which wine grapes are grown, has a major influence on how a wine will taste. Thus, there are several differences between Old World and New World wines:

In the Old World, wine tends to be named after the region in which the grapes are grown. Examples include Bordeaux, Rioja, or Primitivo. In the New World, wine is typically named after the wine grape itself, such as Cabernet Sauvignon or Pinot Gris.

Breaking Down Varietals: Red vs. White

Whether a wine comes from the Old or New world, the region in which the grapes are grown plays a significant role in the flavor profile of wine. Yet, the ultimate distinction between wines comes down to the type of grape: red, white, and the various varietals within each category.

Both red and white grapes contain naturally-occurring chemical compounds called tannins within their skin, which will taste different depending on the grape varietal. In addition to giving a wine its taste, tannins are also responsible for the color of the wine.

Red wines, which most often come from red grapes, have a high tannin count as a result of the prolonged exposure of the wine to the grape skins in the fermentation process. Thus, tannins make up the bulk of the flavor profile of a red wine. Generally speaking, the darker a red wine is, the more tannins it has in it. Some of the most well-known red wine varieties include Syrah, Cabernet Sauvignon, Tempranillo, Merlot, and Pinot Noir.

White wines, which most often are made using white grapes, have little to no tannins, as grape skins are removed early in the fermentation process. This process lends a light, sweet taste to white wine. Conversely, white wines are shaped by their acidity. Common white wine varieties include Chardonnay, Sauvignon Blanc, Riesling, and Viognier.

Globally, wines are labeled with their “appellation of origin,” or the geographic location from which the majority of the grapes used in a bottle of wine were grown. The appellation of origin may indicate a country, state, province, or what is known as a “viticultural area.”

In the U.S., for example, specific wine-growing regions are divided into American Viticulture Areas, or AVAs. AVAs can span state or county lines, because the areas are distinguished by unique geographic and/or climatic features.

US Wine in the Global Marketplace

While Europe contains the highest levels of per capita wine consumption, the U.S. claims the highest-value wine market in the world. Additionally, the U.S. is one of the fastest-growing consumer markets for sparkling wines and rosés.

With a provenance that stretches back into ancient mythology, the allure of wine is as old as human history. Vista Luna Organic Vineyard, FarmTogether’s first wine grape deal, represents a compelling opportunity for investors looking to drive modern resources toward a timeless crop.

Vista Luna Organic Vineyard offers the chance to invest in a high cash flow, turn-key vineyard in an exciting California appellation with significant upside potential. A total of 104 of the acres are planted to Chardonnay, Verdelho, and Petite Sirah - three of the region’s more popular varieties among growers - with the remainder of the acres planted to a mix of Primitivo, Albarino, Grenache Blanc, and Graciano, giving the vineyard a very attractive mix of both red and white wine varieties.

Interested in learning more about farmland as an asset class? Click here to see farmland's historical performance, visit our FAQ to learn more about investing with FarmTogether, or get started today by visiting ways to invest. 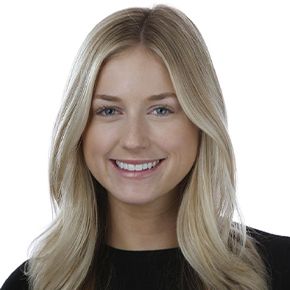